Eat These Foods to Activate Your Endocannabinoid System (Chocolate Included) 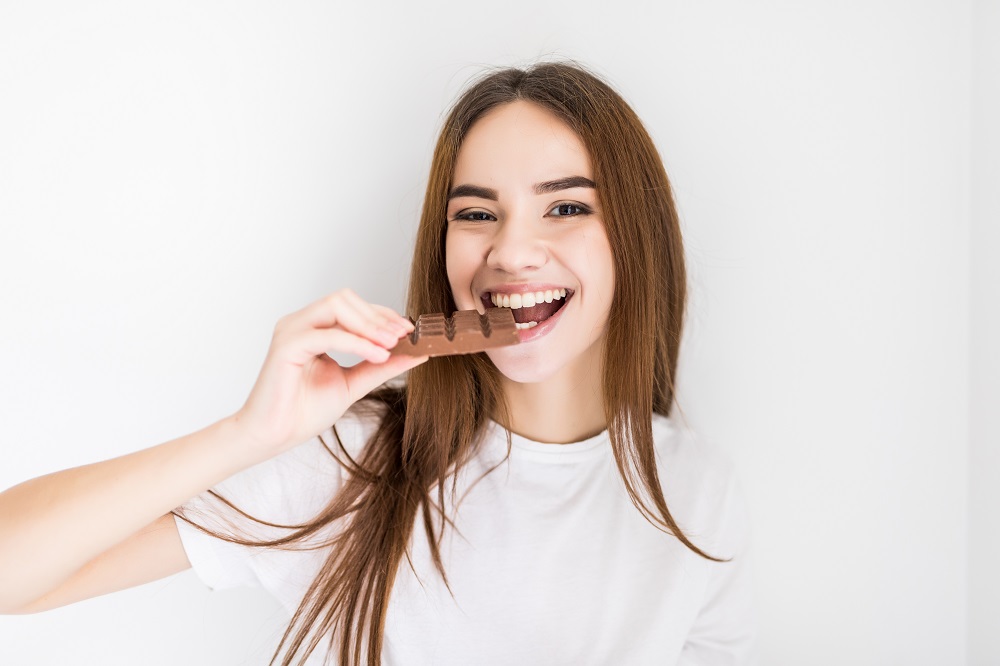 If you’re even remotely interested in healthy living, you’ve undoubtedly heard the buzz about CBD. Just in case you’ve been stranded on a desert island, however… CBD is a compound found in cannabis that lays claim to a wide variety of health benefits, some of which have good evidence behind them, and others that have yet to be substantiated.

What we do know for sure is that CBD exerts an influence on the human endocannabinoid system, which in turn is the master regulator of harmony and balance both within, and between, every biological system in the human body.  As such, ECS activators have the potential to normalize everything from mood, memory, cognition and sleep to energy levels, metabolism, pain and inflammation.

What is less widely known is that there are hundreds of other compounds in cannabis (collectively called phytocannabinoids) that have yet to be studied and may yield even greater health benefits; and, even more importantly, that there are countless cannabinoid-like compounds (called cannabimimetics) found in plants other than cannabis.  This is good news for those of us who would prefer to avoid cannabis extracts, and/or anyone who is looking to broaden their endocannabinoid support by going beyond a single isolated compound like CBD.

A number of these cannabimimetic-rich plants are edible, so incorporating them into your daily routine is not only simple, nutritious and delicious, but doesn’t require you to add yet another supplement to the collection of bottles gathering dust on your kitchen counter (okay, maybe that’s just me).

In this post, we’ll be taking a closer look at some of the specific dietary strategies you can employ to optimize your endocannabinoid health.  But first, let’s take a short detour to consider a fascinating question: why do plants synthesize compounds that benefit human health in the first place?  Some of the healthiest nutrients are molecules that plants produce to protect themselves from pests, diseases and environmental stressors.  For example, antioxidants (like vitamin C) are synthesized by plants to protect themselves from excessive UV radiation.  When we consume those vitamin-C-rich plants, they confer the same benefit on us, protecting our skin from sun damage from the inside out.  Edible sunscreen!

But there are other compounds that plants produce that benefit ONLY humans. Take, for example, the recent discovery that rocked the science world: some plants produce human neurotransmitters (chemical messengers like serotonin, dopamine and melatonin that our brains use to perform higher cognitive functions).  These compounds are useless to the plants that make them because they don’t have the receptor sites to receive the messages these molecules are sending.  So why do they expend precious energy and resources to make them? The groundbreaking explanation that researchers are proposing is that plants have a far greater intelligence than we give them credit for, and they have evolved a purpose that is of value to humans, which in turn increases the plants’ likelihood of survival by making it more likely that humans will cultivate them (check out Michael Pollan’s The Botany of Desire - A Plant’s-Eye View of the World for a deeper dive into this remarkable topic). Another class of compounds that is thought to fall into the same category?  You guessed it - cannabinoids!

Here is a list of common foods that are the richest known sources of cannabimimetics.  As a general rule, they tend to be the same molecules that give plants their colour (pigment) and aroma (essential oils), so look for the most intensely coloured produce and follow your nose to the most fragrant herbs and pungent spices.

The human body also produces its own ECS-activating compounds, called endocannabinoids.  No matter how closely a cannabinoid (from cannabis) or cannabimimetic (from plants other than cannabis) comes to mimicking the structure of an endocannabinoid, it will always pale in comparison to the effectiveness of the real thing.  So, the foundational strategy for nutritionally supporting the ECS should always be to first provide the body with the raw materials it needs to make its own medicine.

The building blocks of endocannabinoids are omega fatty acids, which the body can’t synthesize, so they must be obtained from our diet.  To further complicate things, the body can’t store endocannabinoids for a rainy day, so they must be made on site (in the particular organ system that is out of balance) and on demand (at the precise time the imbalance occurs), which means we need a consistent supply.  Practically speaking, this means it would be preferable to eat a small amount of omega-rich food at every meal - especially when your homeostatic mechanisms are being challenged (i.e. you are under stress, physically, mentally and/or emotionally), than a large omega-rich meal once every few days.

Unlike the phytocannabinoid THC, none of these foods is psychoactive, so it’s impossible to get too much of a good thing.  There are, however, compounds known to inhibit the healthy functioning of the ECS which would be best to minimize or avoid, including herbicides and pesticides (eat organic whenever possible), plasticizers like phthalates and BPA (avoid foods and beverages in plastic bottles and BPA-lined cans), hydrogenated and otherwise damaged fats (minimize processed and deep fried foods), and alcohol (drink in moderation).

Here are a couple of delicious omega-3- and cannabimimetic-rich recipes to keep you feeling your balanced best, all summer long:

For extra ECS support: serve with Broccoli Rabe and Arugula Side Salad