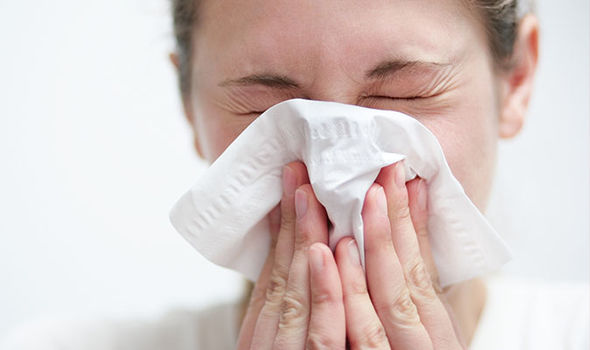 Echinacea purpurea has long been known as a powerful fighter against colds and the flu.

However, most people don’t know that this incredible herb contains cannabinoids that can help boost your immune system by providing something called alkylamides. These are the compounds that help your body absorb nutrients.

And that’s really the challenge these days, isn’t it? We go through our days with stress and toxin exposure and what we really need to be able to do is fight back effectively.

Cannabinoids and What They Do For You

Your body is chock full of compound cannabinoids, which work hand-in-hand with your body’s endocannabinoid system or ECS.

Now, if you think this has to do with the cannabinoids that are part of the marijuana plant, it doesn’t. But the ECS was discovered because of marijuana and THC research.

Here’s how the discovery happened. Researchers were trying to provoke the metabolic pathways of THC which is the psychoactive element in marijuana. Quite unexpectedly, they found an elegant cell-signaling system triggered by THC which, in turn, led to the discovery of the endocannabinoid system.

Your ECS and its receptors are responsible for millions of signals each day from your brain, central nervous system, and peripheral nervous system and is the explanation behind your body’s homeostasis (or balance.) It’s the thing that makes you feel like you can handle anything that’s thrown at you no matter the circumstances.

Echinacea and Your Immune System

Echinacea is considered effective as both an antimicrobial and as an immune system booster. Of greatest importance, though, is that this plant contains something called phenols.

Phenols contain a multitude of enzymes and receptors which help you fight colds, the flu and upper respiratory infections. In fact, researchers from the University of Connecticut reported that Echinacea can help reduce your chances of catching a cold as well as lessen the number of days that you have a cold.

How does this happen? By stimulating your immune system to attack any cold germs that try to invade your body.

How Echinacea Works with Your ECS

Echinacea is considered a phytocannabinoid because it’s plant-based. Besides phenol compounds, Echinacea’s alkylamides engage with your CB2 receptors. The CB2 receptors help regulate your immune system and reduce inflammation which is key to staying well and in balance.

Since Echinacea is rich in cannabinoids, and so important for a healthy immune system, it’s an important part of the proprietary Phyto-Cann™ Complex found in every Emerald Health supplement.