The Healing … and Pain Relieving … Power of Clove Oil 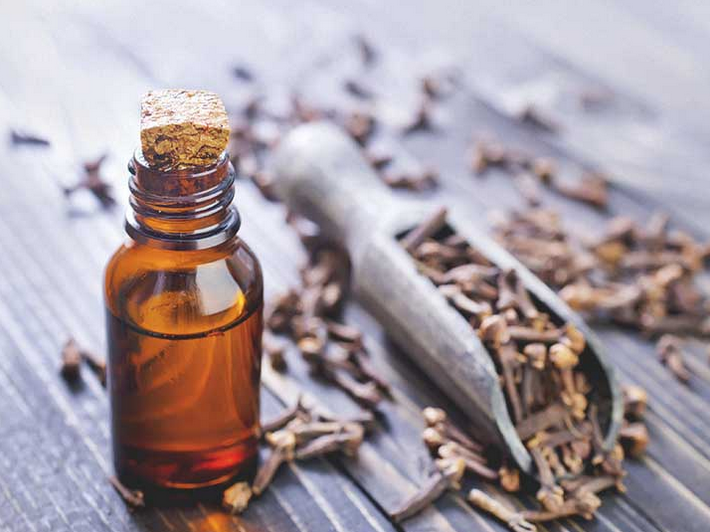 Cloves are probably a familiar spice especially during the holidays. You may even have some in your pantry right now.

It's your body's way of helping you heal and get blood supply to an area that's trying to recover or rebalance. However, when inflammation levels get too high, it can intensify any health issue you may have and push it to the maximum level.

But there is more to cloves than being added to baked goods.

Cloves have been treasured as a healing plant for centuries. And Modern Science shows that it is rich in anti-viral, anti-microbial and anti-fungal compounds. You also may know that clove oil has a long use as a natural pain-reliever, too. For example, in fact, you may have used a product with clove oil if you have had a toothache.

Traditional medicine also shows that clove oil also helps “purify the blood.” Research shows that it can reduce the levels of toxicity in the blood, stimulate antioxidant activity, and boost immune health.

Why is clove oil such a potent healer?

One active component of clove is a compound called eugenol. This oil makes up as much as 90% of each clove, and it’s packed with nutrients.

But most important, clove oil is also an abundant source of cannabinoids. And cannabinoids are the all-stars in what’s called your endocannabinoid system or ECS.

Your ECS is made up of tons of receptors with their accompanying molecules which can be likened to a lock and key system. The lock portion of this equation is found in the cell receptors themselves and the keys are chemical molecules called “agonists”.

When an agonist binds to a cell a message is sent and that cell, in turn, reacts in a specific way.

Within your endocannabinoid system there are two receptors: CB1 and CB2.

One of the things that CB2 receptors do is help with all kinds of inflammation. And that’s essential., because inflammation plays a big role in pain; especially in your joints. That means achy and swollen joints as well as tissues that break down over time.

Since your immune system plays a big part in dealing with inflammation. CB2 receptors step in to work their magic on inflammatory pain. For example, the Fine/Rosenfeld pain study1 shows that the phytocannabinoinds and beta-caryophyllene in clove show great potential for relieving pain safely, and with few adverse side effects.

Clove oil has a number of analgesic properties. However, the one that is most associated with your ECS and pain relief is a compound called beta-caryophyllene or BCP. BCP has the ability to bind with your CB2 receptor which helps relieve pain and inflammation and protect cells and tissues from further damage.

As an inflammation fighter, clove oil can help your endocannabinoid system maintain balance [also known as homeostasis] which, in turn, keeps your body running in a healthy and efficient manner.